Samsung heading to become no. 1 chip vendor amid investing hugely in giga semiconductor and OLED fabs

Samsung has started volume production and shipping of 64 layer 3-D V-NAND  with storage capacity of 256 Gb from its US$ 13.5 billion Giga-fab at Pyeongtaek, South Korea. Groundbreaking for this fab was done in May 2015. 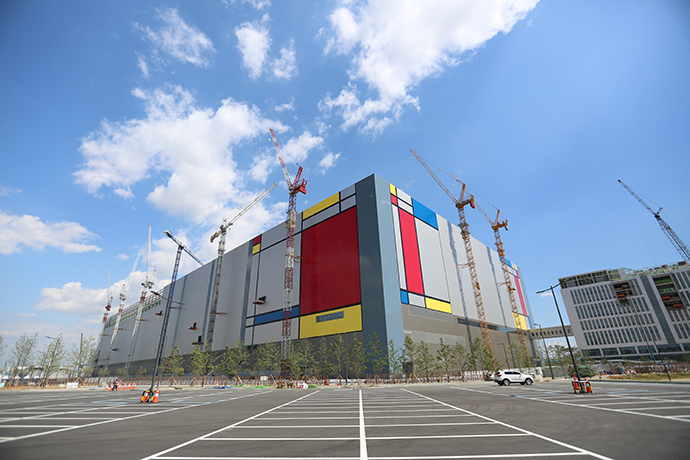 On long term basis, Samsung is growing faster and more consistently  than the other top-10 leading semiconductor vendors in the world, now ranked two just behind Intel. But lot of forecasts suggests Samsung will soon overtake Intel to become world's top-ranked semiconductor chip vendor. Samsung sells chips, consumes chips and also provides foundry services. Most of the time its competitors in smart phone and other product areas such as Apple are its foundry and chip customers.

Samsung having stellar performance in the display market too, where its revenues are increasing in double-digit rate y-o-y.  Samsung's share in the mobile phone display market is estimated around 27%

Targeting the emerging market opportunities in the areas of IOT, artificial intelligence (AI), cloud, and automotive electronics, Samsung investing more than KRW 37 trillion in investments to its global production facilities. Samsung gained advantage in the automotive market by acquiring Harman.

Samsung said it will  invest a total of KRW 30 trillion (approx 26 Billion US$) into its current Pyeongtaek line to expand its semiconductor chip fab capacity by 2021.

To give you latest on its revenue performance, Samsung expecting a revenue growth of 18% in its 2nd quarter of 2017, and a profit increase of 72% compared to the same quarter a year earlier. The growth is significantly from its  semiconductor memory business and OLED business.