However ARM is putting lot of effort to enter PC and server market in a big way by offering Linux-based ARM processor-based boards for both personal computing and server market. Raman Santhanakrishnan, MD Avago India was telling the audience how his company is partnering with ARM in server and storage applications.

Since tablet and smart phones are slowly taking over the personal computing space, the desktop PC market is slowing and is not so critical for ARM 's future success. ARM is very strong in smart phone and tablet market.

What is more interesting is IOT market, where ARM has all the potential to gain huge market share. Even if IOT is excluded there are lot of applications where ARM processor chips based design solutions finding more cost saving compared to other solutions. 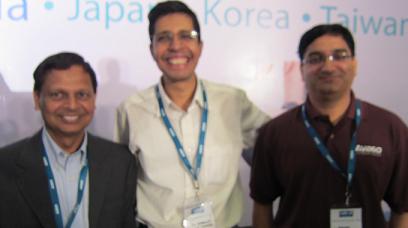 In the pic above (From L to R): Guru Ganesan, Dr. Kamakoti, Raman Santhanakrishnan

Dr. Kamakoti V, professor at IIT Madras, was explaining the audience how his team could use ARM cortex M0 based MCU from NXP Semiconductors in building electronic systems to monitor bridges. He finds ARM Cortex M0-based solution not only offers higher performance but also significant cost benefits compared to other ready to use commercial solutions in the market. His team also designed android-based tablet computer by using ARM Cortex -based SOC chip from Freescale Semiconductor.

The silicon and software offered by ARM through its semiconductor and software partners is becoming a dominant force in electronics design market. It's not that there is no better processor cores in the market. ARM looks to be having timing advantage more than product quality. Can we say ARM is bit lucky! 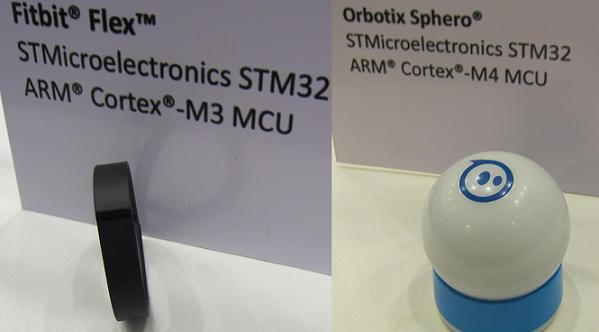