The fast growing 28nm node fabrication helping pure-play foundry to grow their revenues. The world's top-two pure play foundries TSMC and Globalfoundries able to increase the revenues faster than other foundries due to their ability to make 28 nm chips faster than others. IC insights has done a study on the market-performance of foundries by node.

IC insights forecasts the number-one foundry TSMC to sell $6.33 billion worth of ≤28nm devices this year, a 3x increase over 2012. For year 2013, TSMC is expected to make 51% of its revenue from ≤45 nm nodes. The second big foundry GlobalFoundries is expected to generate 50% of its sales from ≤45nm production.

Here below is the rest of the analysis shared by IC insights:

In 2012, only TSMC, GlobalFoundries, and UMC had significant sales of ≤45nm technology. In 2013, TSMC is expected to have about 4x the dollar volume sales at ≤45nm as compared to GlobalFoundries and about 12x the ≤45nm sales of UMC ($10.33 billion for TSMC, $2.53 billion for GlobalFoundries, and $0.89 billion for UMC). In contrast, SMIC only entered initial production of its 45nm technology in early 2012, more than three years after TSMC first put its 45nm process into production and is forecast to sell only $0.22 billion of ≤45nm technology this year. In fact, only 22% of UMC’s 2013 revenue and 11% of SMIC’s 2013 sales are forecast to come from devices having ≤45nm feature sizes, which is why their revenue per wafer is so low as compared to TSMC and GlobalFoundries. 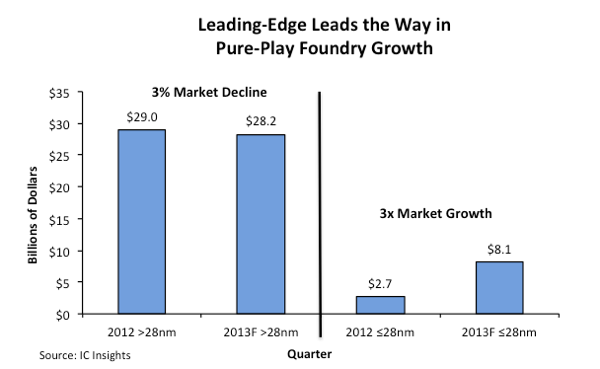 Figure 2 illustrates how important it is for the major IC foundries to be able to offer leading-edge IC process technology. As shown, there has been a strong correlation between the percentage of sales a major foundry has for leading-edge IC devices and its net income percentage.

IC Insights continues to believe that the more profitable (i.e., successful) major pure-play foundries, which include TSMC, GlobalFoundries, UMC, and SMIC, will be those that keep at the leading edge of the process technology roadmap. This can be accomplished through joint ventures and licensing agreements, (e.g., the partnership between IBM and GlobalFoundries) and/or through significantly increasing R&D spending to develop advanced technology, as TSMC has done.